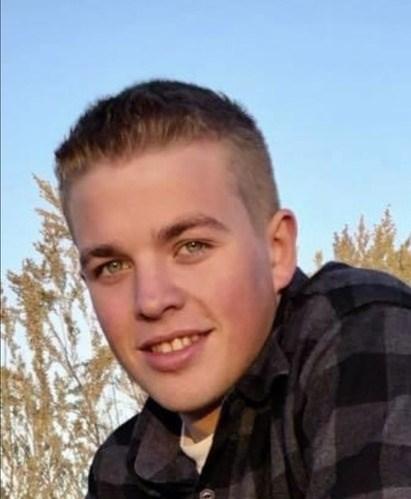 Carson Riley King, age 20, passed away on August 28, 2022 in Kennewick, Washington. Carson was born in Kennewick, WA on September 22, 2001 and lived in the Tri-Cities area his entire life, with the exception of staying in Athol, ID for a short period of time for work. He attended school in Richland, WA from K-12.

During his school years he was a great student and his teachers loved him. Almost every year at least one teacher would send a note home with him or write a comment on his report card stating “Carson is an absolute delight to have in class.”

During his adolescence he enjoyed PE, jog-athon’s, Madden (Xbox), riding his bike/dirt bike, basketball, bass fishing, camping, the beach, and hanging out with friends and family. During his young adulthood he enjoyed a few of the same things but add driving, working and politics.

Carson’s true love and passion throughout life was baseball. It all began at age 5 at his very first T-ball game. Carson played almost every school year and every summer. He played for Jason Lee (t-ball), Richland Allstars, Richland Bell Furniture, Oswalt, Swarm, Chief Joseph Middle School, Columbia Reach, Richland knights and Richland High School. One of Carson’s favorite memories was going to the Reno Tahoe Youth Baseball Nationals in 2016. Carson played many different positions, but his favorite was short stop. He was so fast and silent on his feet. One time he stole every single base all the way to home plate. He was even given the freedom by a few coaches to steal as he saw fit.

Most pictures of Carson include one of three things: baseball gear, his big brother Ethan and/or fish. Carson wanted to be everywhere his big brother was and a good part of their time together was spent on the water. Carson got annoyed because he didn’t catch fish as often as his brother, but when he finally did, they were huge!

Carsons first job was working for Sierra Electric as a shop hand and he loved the fact that he got to see his older brother Jace every day. From there he went to Discount Tire in Hayden, ID. He was an above average worker and absolutely loved his work family, especially Danny, who took Carson under his wing. He loved coming home and telling us funny stories about his day. Carson moved back to the Tri-Cities and started working for Renewal by Andersen. He was an installation technician and had only been there two weeks before departing this world. The short time Carson was there he really took a liking to everyone he worked with, especially Steven and Jesus.

Above all, Carson was devoted to his family. He loved making us all laugh with his silly antics. Carson was respectful, kind and was never afraid to say, “I love you “. He had such a tender soul. Carson was cherished by his family and friends. We were more proud of him than he ever realized, and loved him with all of our hearts. He had so many dreams for his future and so much potential to see those dreams realized. We grieve his loss so deeply and miss him dearly. We take comfort in the fact that Carson loved Jesus and is surely looking down on us from heaven right now.

There will be a memorial service with a reception to follow at Einans at Sunset in Richland, WA in the Event Center (the large building in the back) on September 23, 2022 at 10 AM. All are welcome to join us as we remember our beloved Carson. Feel free to wear a little red as it was Carsons favorite color.