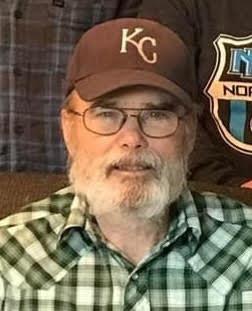 Dale, the son of a preacher, lived in Oklahoma while growing up. He graduated from Nevada High School Class of 1971. Following high school, he served in the Missouri, Kansas, and Washington Army National Guard from 1971 thru 1977. Dale lived for 23 years in West Richland, WA, while working for the Hanford Nuclear Reservation. He came back to Vernon County in 1996 where he worked for 3M in Nevada for 18 years until his retirement. Dale was a Little League baseball coach for many years in Washington, was a longtime member of the Elks Lodge, and coached the Little League for the Elks. Every other year he traveled from Washington to Oklahoma with his family and kids in a blue van to visit his parents, always driving a different route each time in order to see different parts of the country. He attended Mt. Zion Missionary Baptist Church in Garland, KS.

Friends and family are welcome to gather and memorialize Dale from 1-3 P.M. at Sunset Gardens on Saturday August 20, 2022 at Sunset Gardens in Richland, WA. Memorial contributions can be made in Dale’s name to the Alzheimer’s Association.