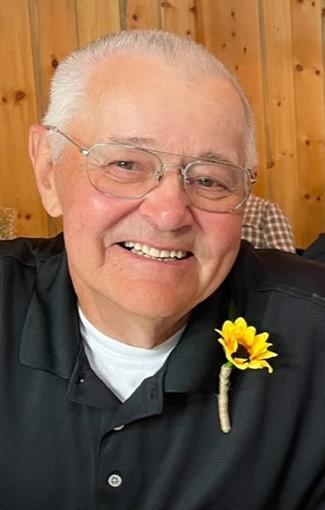 From Benton City, WA | Born in Baker City, OR

After serving his country, Weldon moved back to Oregon where he met the love of his life Janet.  After a few short months of courtship, they were engaged and married on December 14, 1963, where they were able to celebrate 58 years together.  The following year in 1964, they moved to Yakima, WA so he could begin his studies at Perry Technical Institute and graduated in September 1966 in Machine Technology.

He and Janet settled in Richland, WA and began a family that included his two daughters Kristi and Linda.  Weldon worked in private industry before going into business for himself at G&M Machine where he had a very long and successful career in specialty machine work.

Weldon was an avid outdoorsman and enjoyed hunting and fishing.  His love for hunting took him all over (New Zealand and South Africa) to name a few.  He also enjoyed many camping trips/outings with family and friends.  After his daughters were grown and had children of their own was when he truly was able to enjoy being a Grandad to his four grandchildren.  When he wasn’t out on the golf course, you could find him at one of their various sporting events, on a trail ride with his mules, or puttering around on their property.

He was preceded in death by his father Orvan; mother Dorothy; and brothers Darrell and Wayne.

Weldon requested no service and in lieu of flowers to please donate to the Chaplaincy Health Care (1480 Fowler Street, Richland, WA 99352).