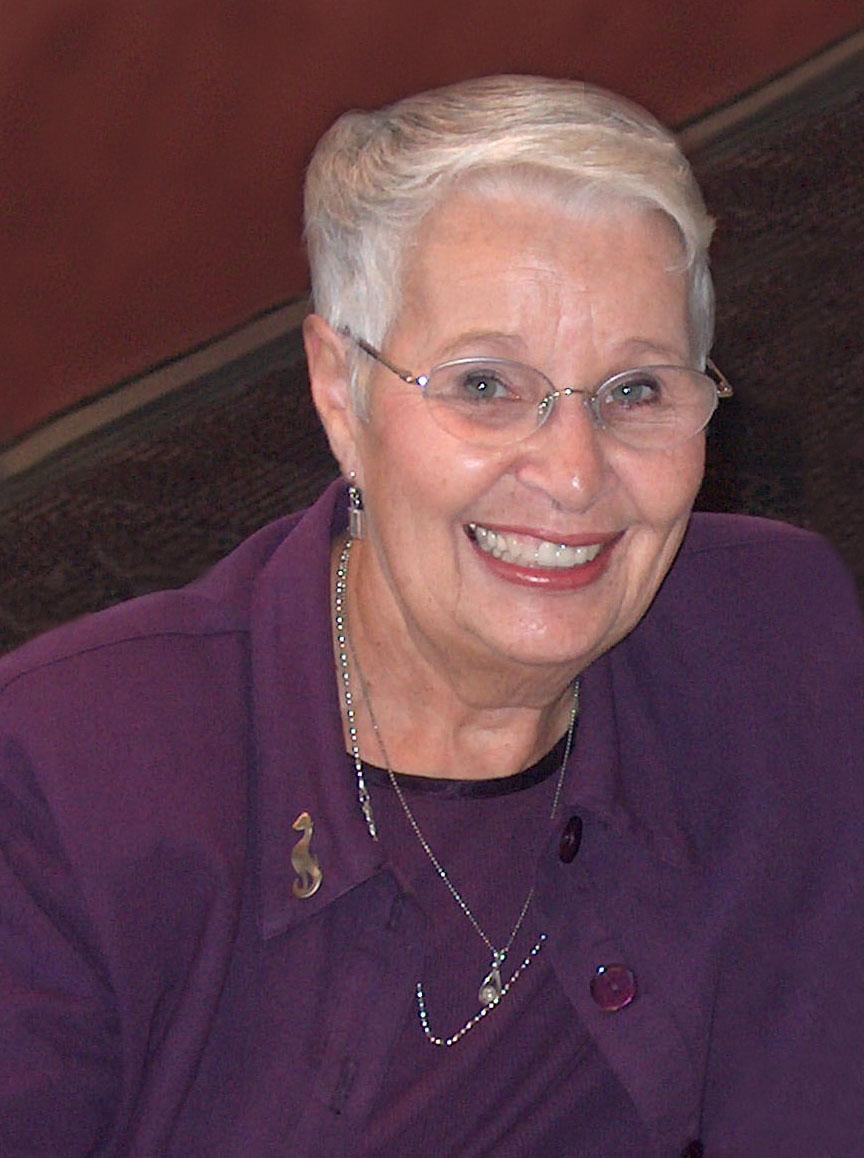 Carma Bigler Ragan passed away peacefully at the age of 89 on September 23, 2022, in Green Valley, Arizona. Carma was born on May 11, 1933, in Salt Lake City, Utah to Douglas Arnold and Frances Gwilliam Bigler – the fifth of six children. Carma loved to share that she was one of 45 first cousins on her father’s side and 33 first cousins on her mother’s side. Because her parents married each other’s siblings, hers were all double cousins. She warmly recounted stories of the remarkable experiences she had growing up surrounded by extended family.

Carma met her life’s love, Harvey Albert Ragan, playing tennis in Boise, Idaho in 1947. They married in Everett, Washington on June 10, 1951, (just days after graduating from high school) and eventually celebrated 64 years of shared joys and mutual love and respect. While Harvey served in the Navy Medical Corps during Korean War, Carma worked at the U.S. Naval Hospital in Bremerton, Washington in various medical stenographic positions. Upon Harvey’s discharge they moved to Pullman, Washington where Harvey attended School of Veterinary Medicine at Washington State College (now Washington State University). Carma worked in the Home Economics department and spoke warmly of her work experience and their five years in Pullman. Within two weeks of his graduation in 1959, Harvey and Carma’s first daughter, Daryl, was born and they moved to Burley, Idaho where Dr. Ragan started his career in a large animal practice. In 1960 Jennie, was born, and Carma settled into life as a homemaker.

In 1962 the Ragan family moved to Richland, Washington, where Harvey worked as a research veterinarian with Battelle Northwest Laboratories; their daughter, Kari, was born, and Carma continued her work as a homemaker. During these years she was an active community volunteer with the League of Women Voters, Philanthropic Education Organization (P.E.O), and Central United Protestant church.

In 1969 Carma went to work as Staff Secretary to Boards and Commissions and served as Deputy City Clerk for the City of Richland. Carma considered herself an ambassador on behalf of the city and took pride in working with great city staff and many civic- minded citizens. Carma always felt she was “in the know” and loved her 25 years with the city.

Carma and Harvey were a remarkable team and a couple who enjoyed a good life together while providing their daughters, grandchildren, and great grandchildren with a variety of experiences and many family trips. Carma influenced many through her own actions, her “can do” attitude, and her beaming smile. Carma’s interests were diverse and included genealogy, bridge with friends, board games with family, jogging, swimming, reading, gardening, travel, and current events. Carma took extra special pleasure in gathering family and friends to share food and fun and appreciated that many referred to their home as the party house. In their retirement years, Harvey and Carma traveled extensively throughout the United States and internationally. They wintered in Mesa, Arizona for nearly fifteen years site-seeing, golfing, and engaging with family and friends. After Harvey passed on September 13, 2015, Carma continued an active and engaged life and maintained their home at 1616 Butternut Avenue in Richland Washington.

Carma demonstrated her resolve when, in July of 2021 at the age of 88, she moved from the family home of 60 years to Green Valley, Arizona to be near Daryl and her husband Greg. Although she only lived in the La Posada retirement community for 14 months, Carma made a positive impression on many other residents and staff members with her positive attitude and gratitude for a great life. She said often, “Every day is a good day, even the bad ones!” with a gimmer in her eye and a warm smile on her face. Carma is survived by brother Keith Elwin Bigler (Peggy), daughters Daryl Ragan (Greg Endow), Jennie Ragan Martin (David Feller), and Kari Ragan (and Grand dog Oliver); grandchildren Brian Looney, Erin Looney (Adam Davis), and Hannah Looney Miranda (Ian), and Benjamin Feller (Andrea); and great grandchildren Camden and Arya. Carma was preceded in death by her husband Harvey, siblings David Arnold Bigler, Owen Gwilliam Bigler, Carol Bigler Holt and Boyd Bigler, and many aunts, uncles, and cousins.

A Celebration of Carma’s life will be held on Saturday, October 29, 2022, at 1:00 pm at Einan’s Funeral Home at Sunset Gardens in Richland, Washington.