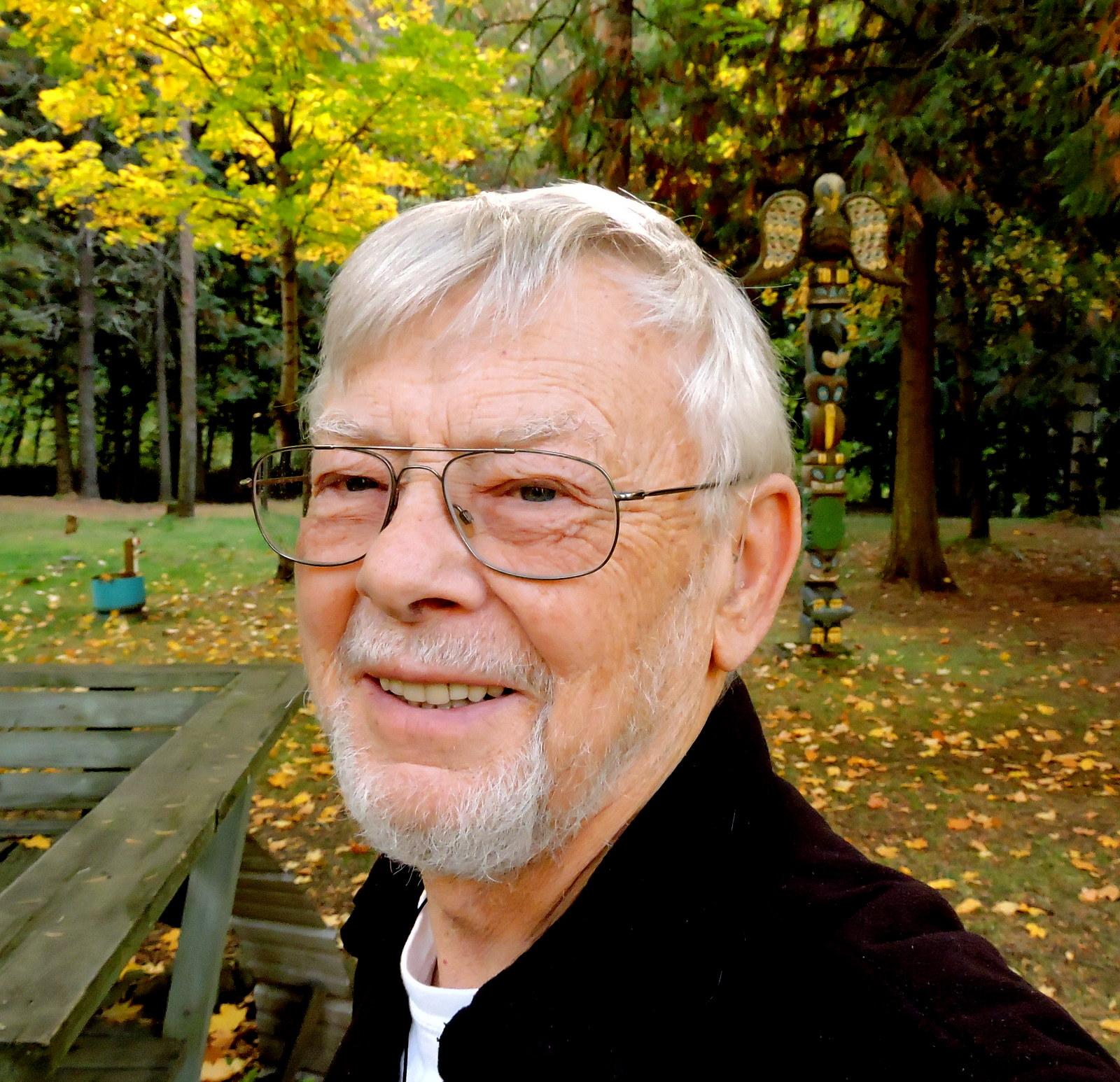 Soon after graduating from high school, he moved to Richland in 1955 where he had a long and rewarding career at Hanford in engineering. He retired in 1991 at the age of 56 as an engineer manager.

George’s greatest accomplishment was his family. He married Marjorie Stokes, his childhood sweetheart in May of 1955. Together they raised two children, Lauri and David.

With a perpetual smile and camera around his neck, George took thousands of photos of his travel, family, and life. He enjoyed backpacking, camping, hunting and fishing in the Pacific Northwest. Both he and Marj climbed Mt. Rainer in 1973, just one of the exciting and fulfilling events in his life. George and Marj travelled to more than 70 countries including Japan, Peru, England, China, Iceland, Ireland and twice on safari to Africa.

But no place was more comforting and rewarding to him than the cabin he and Marj purchased in 1972 in Milton Freewater, OR. There he enjoyed entertaining countless family and friends, riding his motorcycle, fishing, and picking vast amounts of blackberries to make his famous blackberry wine. Another favorite pastime was watching the Seahawks and Mariner games. After retirement, he pursued woodworking and carving, many of which won awards over the years.

George is survived by his wife of 67 years, Marjorie, daughter Lauri (Pete) Serafin, Seattle, WA and son David (Laurie) Kraemer, of Kennewick, WA. He is also survived by grandchildren Lucas (Heather) Kraemer, Tyler Kraemer and Amelia Serafin. George leaves a great-granddaughter, Quinn, special niece and nephew Joe and Linda Orcelletto, plus many other nieces, nephews and long-time friends and family who will miss him dearly.

The Kraemer family has entrusted Einan’s at Sunset Gardens Funeral Home, 915 Bypass Highway in Richland with the arrangements. A celebration of life will be Saturday, November 5, 2022 at 1:00 p.m. Please share your memories at the online guest book.

The Kraemer Family wishes to thank the staff at Kadlec Medical Center for their skill and compassion through this difficult time.