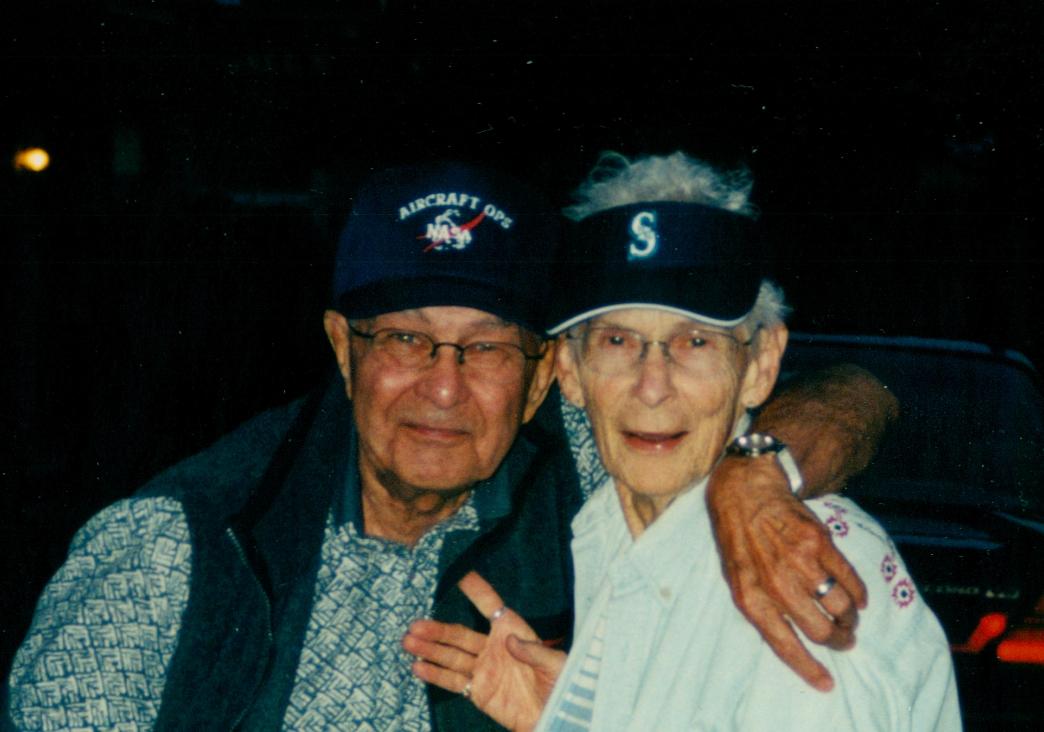 Sue Lloyd Sutter followed her beloved Carl into the next life on October 14, 2022. She was 95. She is survived by her three children, Caroline Sutter of West Richland, Nancy Osborn of Kennewick, and Paul Sutter who lives with his wife Debbie in Salinas, California. All three grew up in Kennewick. Sue is also survived by four grandchildren, Veronica, William, Quientin and Jennifer, and seven great grandchildren.

Sue was born on December 10, 1926, the daughter of Reese and Florence Lloyd (née Baird) in Seattle, and grew up in a house on Lake Washington. She and her brother, Robert (Bob) Lloyd, spent a great deal of time swimming.

Sue graduated from Washington State University in 1948 with a degree in chemistry. She came to Richland and moved into a women’s dorm to work at Hanford.

She met her beloved Carl as they worked in the laboratories together, and on September 9, 1950 they were wed.  Sue left the lab to become a home maker though she would return to work later at Battelle. They moved to Kennewick in 1955.

Sue and Carl enjoyed camping trips exploring the pacific northwest with their young family.  When the family grew, they owned a boat which they used to entertain family and friends most summer weekends. They enjoyed wine and travel, particularly camping trips, and sojourns to the Oregon Coast and Lincoln City.

Sue asked that donations be made in her name to the charity of your choice. The family is planning a private memorial.