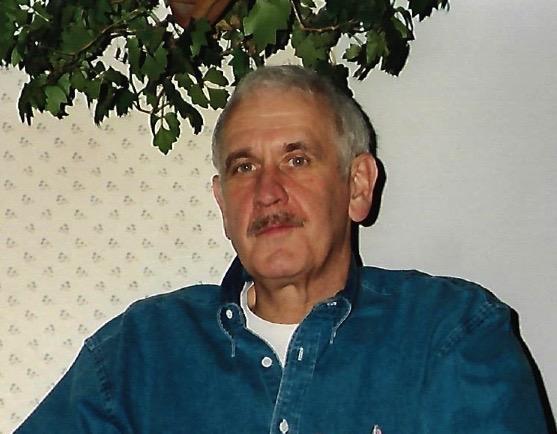 Wayne Morris Fields died peacefully, in Hospice care, on October 13, 2022, at Torbett Senior Living facility.  Wayne had been battling Parkinson’s for the past several years.

Wayne was born in Middletown, Ohio in 1938.  He was the son of Kenneth and Reva Fields.  Wayne was raised in Middletown where he was a classmate and neighbor to his high school sweetheart and future wife Jeanette Williams.  After both graduated from Lemon Monroe high school, they were soon married.

Wayne attended Ohio State University where he studied Engineering.  He soon left school to a career in Aviation/Aerospace, starting with North America Aviation, and eventually leaving North America Aviation to work for Boeing.  After stops in numerous cities, Wayne spent the majority of his career in the Puget Sound area of Washington State.  He retired in 1995 as a Supervisor in the Fabrication Division at the Renton, WA plant after 33 years of service.

Wayne’s family started very quickly following his marriage to Jeanette Williams in 1956.  Their son Gregg was born in 1957, daughter Terri in 1958, and finally their son Jeff in 1962. During this time, Wayne’s career led him to New Orleans, LA, where they lost everything during Hurricane Betsy. To Huntsville, AL where he worked in “Rocket City”, and finally Renton, WA in 1967.  All of his kids graduated from Lindbergh high school while living in Renton.

While working at Boeing, Wayne was also a dedicated father and husband.  He coached numerous sports and was a Cub Scout leader.  He made sure that the family was exposed to every historical site between Renton and Middletown, OH on the every few year car trips to Ohio.  An avid history buff, he was known for being in museums until Jeanette had to go in after him.

Wayne had numerous hobbies.  He loved travelling, having visited over forty US states, as well as numerous European nations including England and Italy.  He was an avid carpenter building anything from entertainment centers to “rabbit condos”.  He also loved fishing and golfing, and continued both until injury kept him from it.

Wayne was also an enthusiastic volunteer.  He invested untold hours helping organizations and hospitals.  Wayne enjoyed working at hospitals in Renton as well as Kennewick, the Bluebills and SHAKE programs, and Wayne and Jeanette’s favorite “Meals on Wheels”.  Wayne received numerous awards for his efforts as a volunteer.

Wayne’s belief in the need for education ensured that all of his children went on to college and have life long careers.  Gregg and Terri both attended WSU, where Gregg majored in Computer Science and Terri in Accounting.  Jeff attended CWU and majored in Education.  Gregg became a DBA for numerous banks and ended his career working for Wells Fargo in Scottsdale AZ.  Terri became a CPA, starting her career with Kenworth trucking and is now working in Carnation, WA.  Jeff is a Junior High teacher and coach in Centerville, WA.

Wayne loved being a grandfather.  He was the proud grandfather to Terri’s daughter Margaret and son Aaron, and Jeff’s sons Trevor and Justin, and Gregg’s three stepchildren.  Wayne got to pass on his love of his hobbies to them throughout their time together.  Finally, before his passing Wayne got to meet his Great-Grand Daughter Eleanor.

The Fields family has entrusted Einan’s at Sunset Gardens Funeral Home, 915 Bypass Highway in Richland with the arrangements. A celebration of life will be Saturday, November 5, 2022 at 10:00 a.m.  Please share your memories at the online guest book.