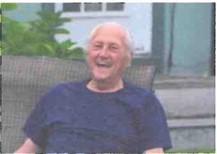 Earl (Dutch) Lea 90, of West Richland, WA (formerly of Taylorsville. UT and Springfield, OR) passed away on Thursday, November 10, 2022, at home surrounded by family. Earl was born on December 6, 1931, in Pocatello, ID to Charles and Neva Lea.

Dutch worked as a drywaller for many years in the Eugene-Springfield, OR area. Dutch was enormously proud of being involved in building stage sets for the Captain Kangaroo TV series. In later years he was a Janitorial Supervisor for the Springfield, OR school district. Dutch was involved with the Lions Club of Eugene/Springfield, OR, as a photographer and the transportation of eye tissue donations. Dutch had many hobbies including wood working and photography.

Dutch was very proud to be an Army Veteran, serving in Korea and Japan as a radio operator.

The family would like to thank Chaplaincy Hospice Care along with Aveanna Healthcare and their amazing staffs who took such wonderful, tender, loving care of our father.

At Earl’s request there will be no services.