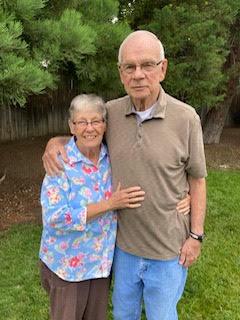 In 1958 at age 19 he joined the United States Army where he became an Artillery Turret Repairman and an Armament Machinist. .He drove tanks in Germany, fixed radar systems and worked with the Hawk Missile System.

After 18 years of service he took early retirement. After retirement he became a Civil Servant with the United States Air Force, working with both the EF-111 and F-15 airplane programs. He served with the Air Force until 1985 when he again retired. After retiring (again) Fred taught English as a second language, was a substitute teacher and Family Historian. He held many positions with the church including Bishop, High Councilman and Home Teacher.

Including his parents Fred was preceded in death by his wife Nancy Carole Reeves.

Fred is survived by his daughter Kimberly Herron of Helix, Oregon and son David Reeves of Buckeye Arizona; as well as 4 grandchildren and 5 great grandchildren.