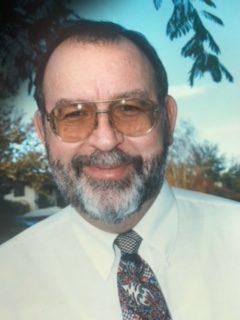 On Tuesday, November 15, 2022, Clifford James (Jim) Petersen loving husband, father, grandfather, and great-grandfather passed away at the age of 80 surrounded by family due to complications of Parkinson’s Disease.

Jim was born on July 4, 1942, in Logan Utah to Virginia and Clifford Petersen.  He spent most of his childhood in small towns near Logan. He loved roaming the fields with his dog in the beautiful Cache Valley. Jim graduated from Logan High School and attended Utah State University and University of Colorado. Jim had a wonderful experience serving the lord as a missionary for the Church of Jesus Christ of Latter-Day Saints in Saskatchewan, Canada.  Jim met the love of his life, Carol Ann Campbell while attending Utah State University. Jim and Carol Ann were married in the Logan, Utah Church of Jesus Christ of Latter-Day Saints Temple December 17, 1963, for time and all eternity.  Together they raised five wonderful children.

Jim started his career working for the Internal Revenue Service Depot in Ogden Utah and from there was accepted into the COBOL program in 1966, where he programmed and implemented a complex accounting system for the Department of Defense in Detroit, Michigan.   Jim and Carol moved to Denver where Jim worked for the Air Force finance and accounting center.   In 1974 Jim moved his family to Richland where he worked for ARHC, Boeing Computer Services as a systems analyst on the Hanford Site.  Jim transferred to Idaho Falls in 1976 working for EG & G, then soon began his own computer programming business, Superior Information Systems developing financial programs for businesses throughout Idaho and Wyoming. They returned to Richland, WA in 1987, where he worked again on the Hanford Site as a Manager until his retirement in 2004.  After his retirement Jim once again started his own business, Jim Petersen Taxes, he developed many lasting friendships throughout his time as a tax preparer.

Jim was a talented athlete, he excelled in baseball as a starting pitcher.  He played ball in both high-school and college. He played until he threw his arm out during a double-header.  His love for sports continued throughout is life and he loved routing for his favorite college teams.  He was an active member of the Church of Jesus Christ of Latter-Day Saints and served for many years in Bishoprics, as Young Men’s President, Scout Master, Stake Missionary, Ward Clerk and Sunday School Teacher.  The youth loved spending time and hearing Jim’s stories. To know Jim was to love Jim, he had a very warm and welcoming spirit.