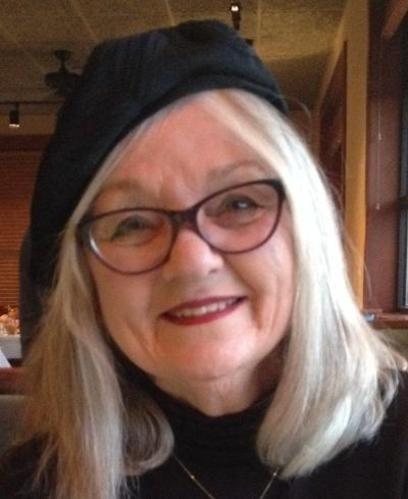 Janet was born in Bremerton Washington to Victor and Hazel Wilgus on August 2, 1941. The family moved to Richland in 1949 where Janet attended Marcus Whitman, Carmichael, and Columbia High School (now Richland HS), graduating with the Class of 1959. While attending the University of Washington Janet reestablished a friendship with Thomas Beaulieu, also a Col Hi graduate of 1959, and this friendship blossomed into marriage on March 23 of 1963 in Richland.

The couple moved to California during June of 1963 where Thomas began work on his PhD in Applied Physics at Stanford University after being awarded an NSF Fellowship. Janet worked as the secretary to the Director of the Fleischman Laboratories on the Stanford campus for a while and during the next two years she worked at different secretarial jobs within an easy commute of the campus. They enjoyed living in married student housing at Escondido Village on the south edge of campus and had their first child, Amy, in 1965.

After Tom completed his PhD, the family moved to Boulder Colorado where Tom began his career with the IBM Corporation. During this time Janet and Tom welcomed their second child, Gregory. In 1971 the family moved with IBM to San Jose, California.

Janet returned to the college classroom when the kids were in high school and after two years completed her Bachelor of Arts with Distinction in Creative Arts from San Jose State University. She enjoyed the friendships and connections she made while working in a variety of jobs, notably as a docent at the San Jose Historical Museum, and a rewarding several years at De Anza College in Cupertino California where she worked helping place candidates with disabilities in good jobs.

A few years after Tom’s retirement from IBM in 1996 the couple and two beloved cats moved back to Richland. Janet loved her kittens, and they seemed to know a good home when they found one. All were either rescue cats or cats that found Janet. Janet and Tom enjoyed spending time with grandchildren, making lots of car trips to the San Francisco Bay area and to Seattle.

Janet always loved music and singing. During high school Janet was part of the Atomettes singing group. During the mid-70s Janet sang with the Y-Zingers Choral Group in San Jose as an Alto. She also sang with the Columbia Chorale from 2001 to about 2003 in the Tri-Cities. She loved playing her CDs on her car radio going to and from her swimming sessions at Columbia Basin Racquet Club.

Janet and Tom enjoyed working in the yard tending Janet’s rose garden outside her kitchen window. There was golfing for Tom and lots of swimming for Janet.

After a decade of what proved to be one of the happiest periods of Janet and Tom’s married life Janet contracted a severe and rapidly advancing dementia which caused her to lose numerous life skills. The family is very pleased with the compassionate care Janet received from the entire staff at Brookdale Torbett, a memory care facility in Richland. In her early days, Janet displayed a caring concern for other residents. During her final days, Heartlinks Hospice of Grandview. provided excellent care for which the family is very grateful.

She will be greatly missed by those who knew her, but especially by her beloved husband Thomas, who survives her. She is also survived by her daughter Amy Andrews (Lawrence Stuemke) of Bozeman, MT; son Gregory Beaulieu (Courtney) of Bend, Oregon; and her grandchildren Amy and Calvin Andrews, and Alison and Molly Beaulieu. She is preceded in death by her parents Victor and Hazel Wilgus, her older brother Gary Wilgus and her beloved kitties.

At Janet’s request there will be no public service. If people wish to donate, the family suggests a contribution to either Heartlinks Hospice or the Lewy Body Dementia Association.