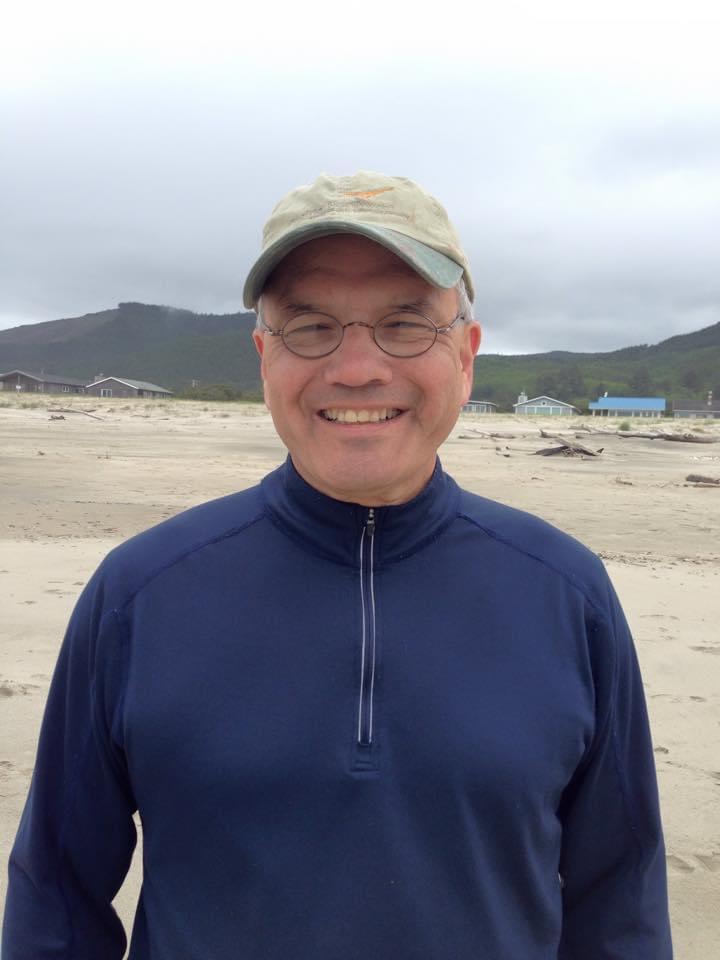 John George April was born in San Jose, CA, to Mona Gilberta Irish Ramberg on November 1st, 1954, and was raised by his father, James S. Ramberg. He grew up in the San Jose area with his siblings, Pamela, Irene (d), Von, Geanie, and Clinton (d). He spent his free time in Santa Cruz, CA with siblings and friends, deciding to play guitar instead of learning to surf. Johnny’s family moved to Santa Clarita, CA, in 1970, and he graduated from Canyon High School in 1972. While at Canyon High he became a Christian, and his life was forever changed. John attended Cal Poly Pomona, meeting life long friends during his time there, and graduated with a B.S. in Soil Science.  He learned the banjo to accompany his guitar, and enjoyed playing in the Santa Clarita bluegrass music scene. He worked as a Soil Engineer going into the field drilling soil samples from the Los Angeles hills and writing reports for construction projects.

In 1981 John married the love of his life, Heidi Reidel April, in Santa Clarita. They began an adventure of supporting each other, helping the other grow in their careers. John’s nuclear career began in Fairfield, CA, where he said God called him to work for the Naval Nuclear Program. While the job was tedious, it was the key work experience needed to open many future doors. He was hired by the Bureau of Indian Affairs in Gallop, New Mexico, and participated in mapping the soil for Native American water rights. He felt led to become a civil engineer and attended the University of New Mexico graduating in 1988.

In 1987 John joined college friends in MCN International, a mission organization focused on spreading the gospel to unreached people groups in Southeast Asia and assisting in church and school planting. He stayed on the board of directors for the rest of his life and went on missions trips to the Philippines and Cambodia.

In 1988 John and Heidi moved to Kansas City, KS, when John was hired by the US Army Corps of Engineers to work on the Montclair/Glen Ridge Residential Restoration and Decontamination project. Once the project was running smoothly, John searched for new challenges in Walla Walla, WA.  Heidi joined him after completing her BS in Medical Technology. In 1992 they moved to Kennewick, WA, and had their first daughter Caitlin Marie April. Natalie Brooke April completed the family in 1994.

John’s love of music prompted him to create and join bands of all types in the Tri Cities. He was a cofounder with Jim Honeymon of the Badger Mountain Dry Band, Johnny Moodwick Trio, and with his friend Tim Moody, wrote the album “Little Girls Dancing,” an ode to his two daughters and to his love of the Lord.

He enjoyed a challenging career working on multiple projects connected with the Hanford Area, he was involved with inspection of shipping containers using Radiation Portal Monitors which were constructed at multiple points of entry to the US. He brought this technology Karachi, Pakistan to create the first virtual sea container inspection facility in the world.

In 2011 John accepted a position as a Deputy Project Manager for the Chernobyl New Safe Confinement site where he oversaw design, working with a team of engineers to ensure design integrity.  He brought his family with him on this adventure, and while challenging, it opened their eyes to the world beyond the US. He returned to the Tri Cities with a heart for the people of Ukraine, continuing to work on the Polish-Ukrainian border, training Polish border guards in virtual container inspection. He also worked on the Hanford area as an Engineering Manager in support of the Waste Treatment Project.

During this time he focused on supporting Heidi through her Physician’s Assistant program. He took care of the household as she studied, together working for the same goal. She graduated in 2017.

His family was a top priority, he will be deeply missed by his nephews Danny, Donovan Dresti, Steven Garcia, his beloved mother and friend Beverly. He had countless nieces and nephews on Heidi’s side who loved and enjoyed his dry sense of humor. His friends were many and he traveled all over the west coast to connect with people he loved. From biking around Richland and popping by for a chat, to visiting his family in California, Idaho, and Oregon, he valued spending time with people. He loved hanging out with his wife and daughters, whether kayaking or biking at the Columbia River or watching old movies and eating popcorn at home. An accomplished musician, John practiced guitar, banjo, and mandolin every day, learning how to play classical music on the banjo. He encouraged many other musicians throughout his life, inspiring them with his own musical abilities and supporting them in theirs.

John went to be with the Lord unexpectedly on November 23rd, 2022 in Richland, WA. He leaves a huge hole in the heart of the community he served, the hearts of his friends with whom he worked and played, and the hearts of his family who loved him most.

The Celebration of Life for John will be held on Saturday, December 10, 2022 at 2:00 pm at the Calvary Church on Clearwater.

In lieu of flowers John would have wanted donations to MCN Internationals Philippines.