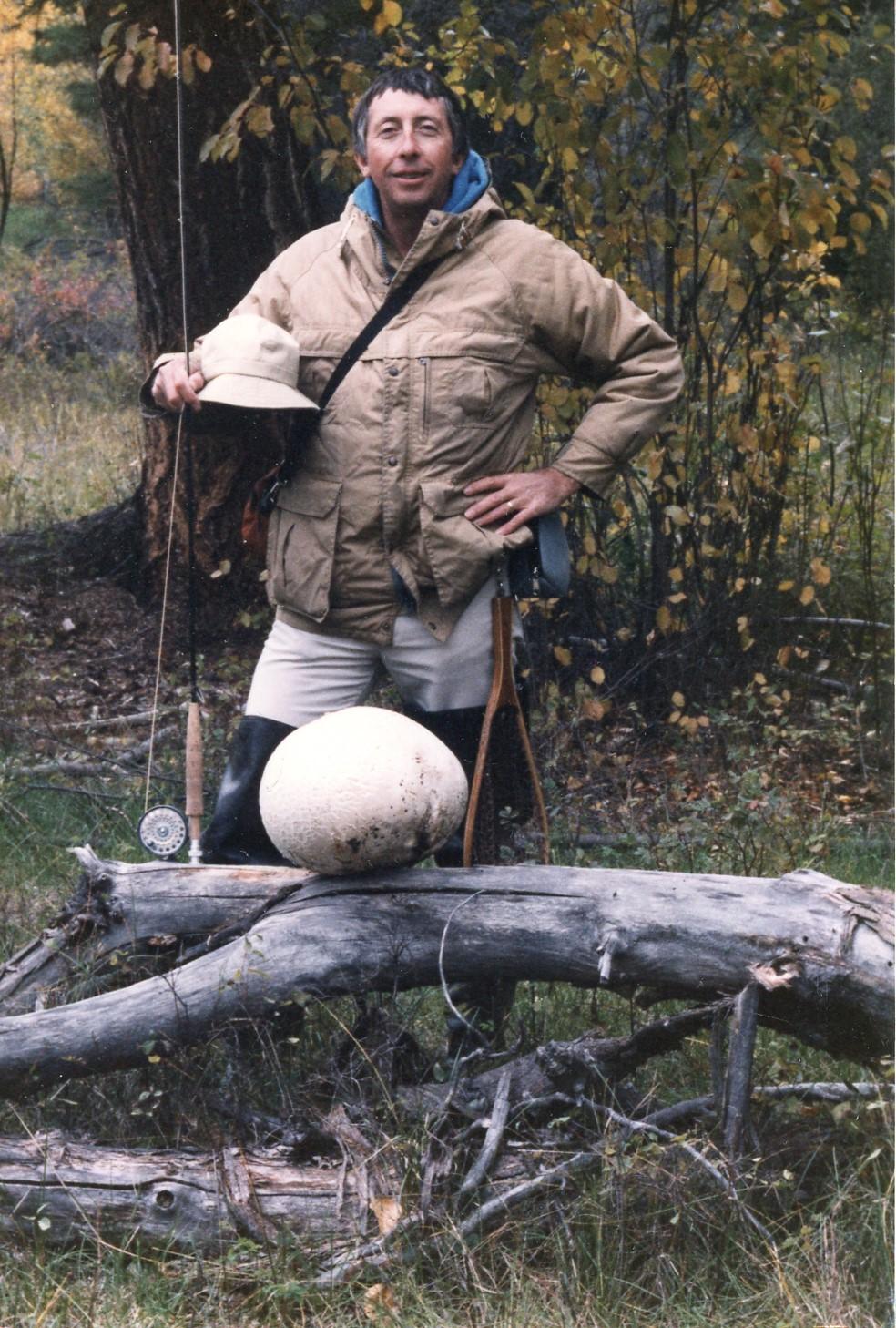 Robert David “Bob” Van Houten passed away in the quiet pre-dawn hours on November 11, 2022.   He was 86 years old.  A man of integrity Bob had few regrets.  When his oncologist said, “you have less than three months to live,” true to his determined nature Bob replied, “Let’s double it and aim for six months.”

On December 3, 1935, in the midst of the Great Depression, Bob was born to Richard and LaVelle Van Houten in Union, Oregon.  When he was a little boy Bob rode in the rumble seat of a Model T from Portland to Union, feasted on his grandmother Maggie’s chocolate penuche cakes, and lived for a short time in Flora where his father and uncle George had a sawmill. When Bob was twelve years old the gift of a bamboo rod, from Butch Phillips, led to a lifelong love of fly-fishing on Oregon’s Catherine Creek and throughout Montana’s Yellowstone country.  The following year, Bob’s mother re-married. Bob and his siblings, Linda and Jim, moved to Paul Harris’ farm on the outskirts of Union.  “When you live on a farm you learn how to work,” Bob recalled.  “My job, as a boy, was milking cows and tending sheep.”   Bob said with a laugh, “When I was about fifteen I was driving the tractor and belting out a song at the top of my lungs.”  Oklahoma, where the wind comes sweepin’ down the plain. And the wavin’ wheat can sure smell sweet when the wind comes right behind the rain.”  When I looked over my shoulder there was a car full of people grinning and laughing.”

Bob put himself through college by working a series of summer jobs which included planting trees and hunting porcupines for the U.S.  Forest Service, and on Kodiak Island, AK, he cleaned municipal sewers and stacked canned salmon.   With his newly conferred bachelor of science in mathematics Bob declined a job offer from the CIA in Washington D.C.  He returned to Taft on the Oregon Coast and stocked shelves at Safeway for Ted Richards, his manager and a lifelong friend.  It was Ted who first saw the job opportunity with Boeing Computer Services that launched Bob’s career.  He moved to Seattle, WA, and it was there, outside his South Park apartment building, that Bob met the love of his life Norma Gallagher.  He wooed her with his sparkling smile and rides in his powder blue MG convertible.  Bob and Norma were married in August 1965.  It wasn’t long before daughter Jeannie and son Jeffrey were born.

Throughout his career, Bob helped aerospace manufacturers and nuclear industries transition from mechanical and analog systems to digital technologies. UNIVAC, a precursor to the Microsoft operating system, hired Bob as part of an international team of computer scientists based in Rome. Bob and Norma spent four of the happiest years of their lives in the Frascati region of Italy. Bob’s work took him to England, Spain, Switzerland, and Yugoslavia.  On one memorable vacation Bob and Norma, left the kids at home, and drove down the Amalfi Coast to Sicily in a white, 1962, Fiat Osca Spider.

The Van Houten’s returned to Richland, in 1972, where they have lived for fifty years.  Computer Science Corporation (CSC), who at the time had the contract at the Hanford Nuclear Reservation, hired Bob.  He wrote code and programmed fuel pins at the Fast Flux Test Facility.  He loved writing code and was known to work until two or three o’clock in the morning.  Eventually, he reluctantly took on a management position. In 1996 Bob retired.  The following year his grandson, Reed Matheison, was born.  Bob savored his role as grandfather. Together, they took evening walks with an apple, harvested giant pumpkins, spent wintry evenings playing board games, and frosty days sledding.  And they never missed the opportunity to share a slice of cheesecake.

We have learned many valuable lessons from Bob during his 86 years, most notably: Eat a bite of chocolate after every meal, if your zucchini is stacking up like cordwood your children will convince the neighbors to buy them for a dime apiece, life is the golden ticket—never complain, keep it simple and wear the same outfit every day, grow tomato plants by the dozen, trespassing cats who use the garden as a litter box will be sprayed with the garden hose, before re-painting the exterior of your house use seventy-eight tubes of painters caulk to ensure your home is bug proof, when dealing with problematic people “don’t get even—get ahead,” love your family unreservedly, eating freeze dried food on a fifty-mile hike is “grounds for divorce,” read everything that interests you from Greco-Roman history to WWII spy novels, when faced with a global pandemic stay calm and carry on, watch the movie Tremors every year, when given a terminal diagnosis—insulate the underground sprinklers, play Parcheesi to win, and eat homemade buttermilk biscuits smothered in bacon gravy every day.

Bob was a humble man and a gentle soul who lived life on his own terms; self-reliant to his last breath.  With heavy hearts we say goodnight to a cherished husband and beloved father. He will be greatly missed. Our wish for you, Bob, is dolce non fare nient – The sweetness of doing nothing.

At Bob’s request there will be no funeral service. He will be interred in the Union cemetery where four generations of his pioneering family and many friends are at rest.  Everybody has a Bob story, and we’d love to hear them all.