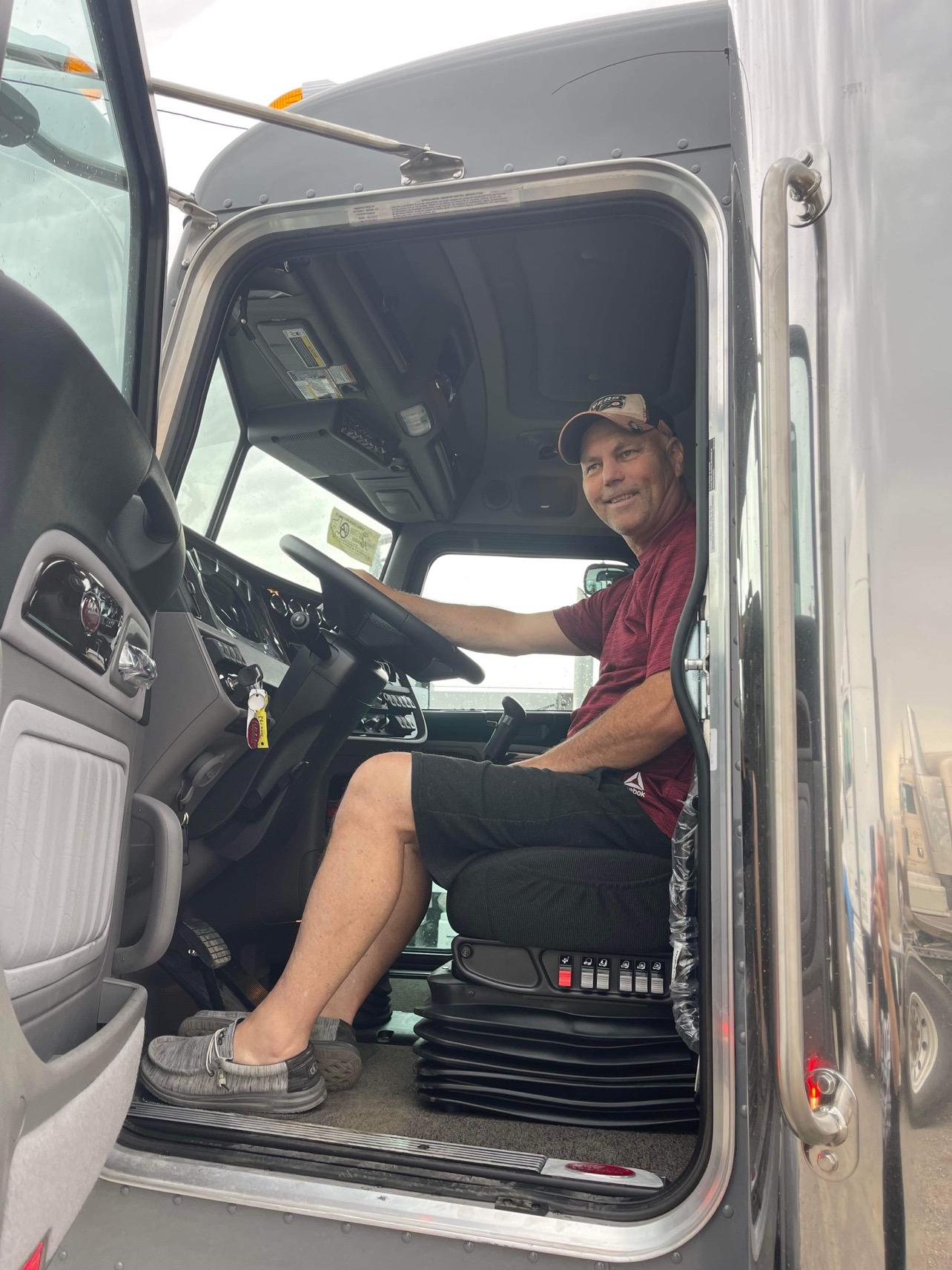 Wm Lynn Christensen was a father, a husband, and a best friend. Lynn lost his battle with cancer, finding his peace on December 20, 2022. The most obstinate, stubborn jackass of a man is no more for this earth….

He was a hard-working truck driver and heavy equipment operator most of his life. He loved owning and operating his own truck, the Cremesicle/Dreamsicle. He had just bought a brand new truck, designed and named after Mighty Mo – in line with his love of American military history.

He was an avid sports fan, citing stats from all manner of sports, but he especially loved watching hockey, having played in his youth. The NHL Philadelphia Flyers was his favorite team.

He was born and died a Canadian, but spent the last 21 years of his life in the United States. He was a history buff and knew American history as well and probably better than many American citizens.

The U.S. was also where he met his wife, Kathleen, on the softball diamond. He was being goofy and playing with all the littles off-the-field, but self-assured and strong at the plate as he knocked ball after ball out of the park or fielding grounders and line drives with little effort. He told family and friends that Kathleen reminded him of his mom, firing balls into his mitt with a hard pop.

Lynn was a father to two amazing men he was so very proud of, Connor (Julie) Baumgartner and Wyatt Christensen. He so wanted to watch them go forth in their next chapters of life.

He was a son to Ken and son-in-law to Dick Baumgartner and Braley and Dianne Pastorino. All from which he learned so much of who he became.

He was Uncle Teaser to nieces and nephews, he was McFly to many family and friends…. And to everyone else, he was a quick-witted and compassionate friend.

He was preceded in death by his mother, Judy Christensen; his maternal aunts and uncles; all of his grandparents, and nephew, Robbie Maskell.

In addition to those named above, he also leaves behind nieces and nephews; Jacey Maskell, Braden Bura, Cayden (Travis) Turcato, Amber (Seth) Matarazzo, Cortland Christensen, and Brett Bura; and great-nieces and nephews; Bobbi, Everett, Agnes, Beaux, Lennox, and Robin. Along with a very large extended family and so many friends that will miss him dearly.

In lieu of flowers, donations may be made to: