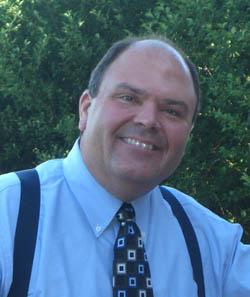 He is survived by his best friend and wife of 21 years, LeeAnn (Phreaner); three siblings; Theodor (Hedda) Tresch, of Vancouver, WA, Saralynn (Dave) Lehner of Colorado Springs, CO, Cheryl (Ken {Late}) Dart of Salem, OR, and Sister-in-Law Kathy (Jim) Phreaner Carlton, Othello, WA. He is also survived by nieces; Haley and Kiersten Tresch, and nephews; Michael Carlton and T.K. Dart along with many aunts, uncles and cousins. Dan was preceded in death by his parents and brother Julius M. Tresch.

Dan was born on December 13, 1959, in Lewistown, MT to Julius “Dick” and Joan (Bergerson) Tresch. He was raised on the family dairy farm located on Lower Spring Creek. As a youth Dan was a thrill seeker, always on the move. He loved activities that were fast, at high altitude or of high risk such as football, wrestling, racing four wheelers, sky diving, alpine skiing, hunting and fishing to name a few.

Dan did not pursue the autobody tech career path, he became a sales representative in the agriculture industry for Bayer Corp into the mid 1990’s. Dan lived in Fresno, CA and Ft. Wayne, IN during this employment.

Missing the western part of the U.S., he decided it was time to change careers. He completed an MBA degree in Finance from Indiana University-Purdue University Fort Wayne, graduating in May 1993. Dan moved to Vancouver, WA and started a Financial Planning business. Edward D Jones & Co. awarded him a “Fast Start” Award for being in the Top Ten percent of brokers in his first year.

In 2006, after many successful years with Edward D Jones & Co, Dan founded his own financial planning company named Guardian Wealth Management. Until Dan sold his business in 2019 and retired, he maintained several certifications and memberships such as CFP, Certified Financial Planner; ChFC, American College of Financial Services; FINRA, Financial Industry Regulatory Authority and SiPC, Securities Investor Protection Corp. Involving his mind in financial modeling and predictor software tools was a fascination for Dan.

At Dan’s request, a private burial will take place with family and close friends in the coming weeks.