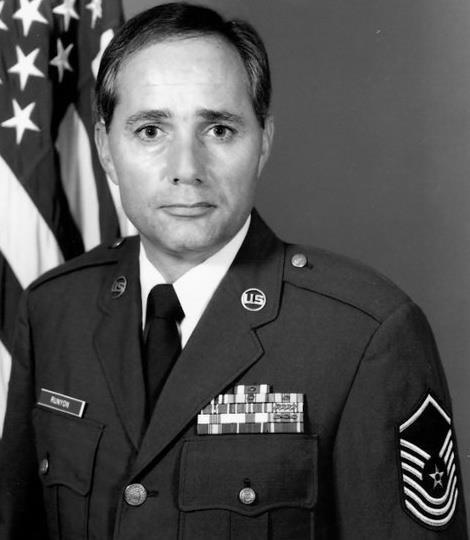 Celebration of Life for Larry

After a 15 year long and courageous battle with idiopathic pulmonary fibrosis, Larry Runyon, 76, passed away on January 18, 2023, at Chaplaincy Hospice House in Kennewick, WA. At his side were his wife and daughter who held his hands as he passed away. His death leaves a huge void in the lives of all who knew him and loved him, and he will be forever missed.

Larry was born in 1946 in Guatemala City, Guatemala, Central America, to Thomas Runyon and Marta Meza-Padilla. The family moved to Kentucky, his father’s home, shortly after his birth, and in 1955 they moved to San Bernardino, CA where Larry graduated from Pacific High School in 1964. He went on to earn a bachelors degree from University of Nebraska-Omaha in 1977.

Larry started working for the Santa Fe Railroad as a switchman/brakeman directly after high school graduation but after 18 months he entered the Air Force in January 1966. His first assignment after tech training was at Castle AFB, CA where he crewed KC-135 aircraft. He left the Air Force for a few years then reenlisted in 1972 and remained until his retirement in 1990, retiring as a Senior Master Sergeant E-8. In 1979 Larry changed his career path and was selected to attend the Air Force Office of Special Investigations Academy and in June 1979 was sworn in as a special agent. As a rookie agent he investigated criminal cases, but in 1983 he cross trained over to counterintelligence and counterespionage casework and that became his passion. Larry loved CI/CE work and had many interesting cases over the years. After he retired from the Air Force, he went on to do the same type of work for the Battelle Pacific Northwest National Laboratory in Richland, WA finishing in 2009 as the Deputy Senior Counterintelligence Officer for the Office of Counterintelligence at PNNL. He had to stop working because of his illness and he often said that if not for that he would never have retired.

Larry is survived by his wife of 55 years – Cheryl – who is the love of his life. They met senior year of high school, graduated together, fell in love and married in 1967, raised their family, and lived happily ever after. Since his wife grew up in the Air Force and loved the life, she happily followed him from base to base – including Davis Monthan AFB, AZ, Offutt AFB, NE, Hickam AFB, HI, Ankara, Turkey, and Andrews AFB, MD. He is also survived by his daughter Shannon Toranzo (Mario) of Pasco, WA; son James S. Runyon (Michelle Clark) of Bellingham, WA; and daughter Kate Garn (Justin) of Saratoga Springs, UT. In addition, he is survived by his grandchildren Tyler Ann, Gabriel, Nolan, Frazier, Martalicia, Briggs, and Fiorella; step grandchildren Amelia, Tarot, Kira and Abby; great grandson Lennon, and soon to be born great granddaughter Luciana; his brothers John Runyon and Jim Runyon, and his sister JoAnn Harryman.

Larry loved playing golf and got his first hole in one on August 12, 2013, at the Par 3 in Pasco, while wearing his oxygen cannula and pulling his oxygen tank on the course. He always said the day he couldn’t play golf anymore was when we should worry. He played golf until 2020. When the kids were growing up Larry was active in coaching their various baseball and softball teams. He also loved jumping from the cliffs at Waimea Bay on the north shore of Oahu. He did that many times in the seven years of living in Hawaii. Most of all Larry loved Cheryl, his kids and grandkids, extended family, and just life in general. There was nothing he enjoyed more that spending time doing things with the family. He was a genuinely kind man, a good man, and an honorable man, he loved to laugh, and he was all about besos y abrazos.

Larry is preceded in death by his father Tom Runyon and his mother Marta Runyon, as well as his father-in-law James Skipton.

We want to thank Larry’s pulmonary doctor, Dr. Jasdip Matharu and his staff at Lourdes Medical Center, Pasco, WA for the excellent care and all the kindnesses shown us over the years. We’d also like to thank our hospice team at The Chaplaincy as well as the nursing staff at the hospice house. Their compassion and patience meant the world to us as we dealt with Larry’s final days.