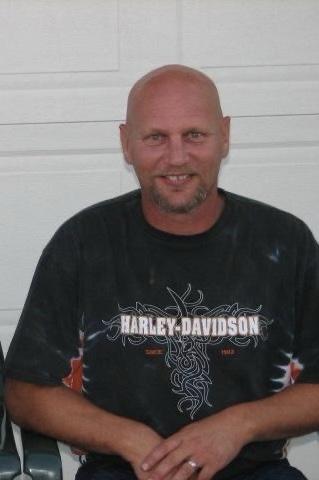 Steve was called home to be with the lord on January 5, 2023. He spent his final days at home with the love of his life Star, surrounded by his loving family and close friends.

Steven was born to Eddie and Kay Eckenberg in Camp Hanford, Washington. He grew up in the Badger Canyon area of Kennewick Washington were he farmed with his parents.

Steve was an avid motocross racer in his high school years winning many races, including the high school series. He made many life time friends while living in Tri Cities. Steven never lost his love of motorcycles, an avid Harley rider. He went through many Harleys, but his favorite was his 1964 pan head that he passed down to his son, Bow.

In 1976 he moved with his family to Mattawa Washington. He always talked and laughed about coming to Mattawa in a red Volkswagen bug with a red Irish Setter and younger brother Jim on the 4th of July.

He made many trips back and forth laughing about bringing the mobile cuber thru the toll bridge and having to crawl down and pay with quarters. He farmed with his family and helped design a stationary cubing facility.

In 1998 he decided to make a change in life. He moved out of farming and began a new adventure. Steve decided to purchase a bar, and thus creating the R Place Tavern in Desert Aire. It was a life time dream. He made many changes to the building himself and grew the business to be very successful. He made many friends that he felt were family. Steven decided to sell the bar in 2019 and retire. He started working on muscle cars again and traveling with his wife.

He meet Starlet in 1999 and was married in 2004 in Las Vegas. To the joy of both Steven and Star, his family flew in, and with the help of his father surprised them at the wedding.

There will be a celebration of Steven’s life at Sunset Event Center located on the beautiful grounds of Sunset Memorial Gardens in Richland, WA on January 27th 1:00-2:00 PM, reception is 2:00-4:00 PM.  Harley Davidson attire is encouraged. You can go to Sunset Gardens web page and sign the guest book if you wish. Please send contributions in Steve’s Memory, if you wish to